How the Arcturians’ Orchestrated the Healing Sounds from Arcturus CD 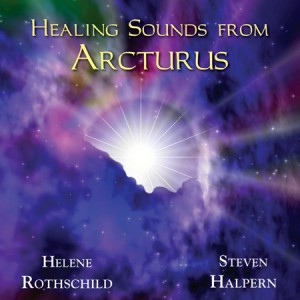 Healing Sounds from Arcturus The Arcturians joined my angelic team in 1992, five years after I began channeling beings of the light. Following their guidance made my life an exciting, spiritual adventure. One morning I heard in my inner voice, “Visit your friend, Beverly, in Florida for three weeks.” It was January 2008, and I was living temporarily in Sante Fe, New Mexico. Beverly was thrilled that I was coming, and I was excited to go to a warm climate.

Since January, 2005, I have been guided to move to different countries and states to live and serve as an “Angel on Call Peace Pilgrim.” As usual, I had faith that there was a purpose for me to make this trip, and I trusted that it would all unfold perfectly. The Arcturians had not given me any clues about their amazing project.

When I awoke one morning in sunny Florida, I was surprised to hear these intuitive words, “Your next move is to Marin, CA.” I loved this beautiful area which is north of San Francisco. A few days later, Beverly informed me that her friend, Mary, was coming over that night for dinner with her friend, Steven Halpern. He had connected with Mary when she had taught classes in his mother’s retirement home.

In the 1980’s, Steven Halpern and I had met at conferences and gatherings. We were both popular presenters in the San Francisco Bay Area. Over 20 years later, it was wonderful to sit next to him at the dinner table and re-connect. Suddenly, I heard in my inner voice, “Tell him you do sound healing.” So I said, “I channel the Arcturians, and they sing healing tones and the Universal Language of the Light through me. I have presented them at some conferences.”

“Great, I would like to hear them,” Steven replied. We all proceeded to the living room, and I channeled their high vibration healing sounds. To my surprise, this world famous founder of New Age Music, handed me his business card as he said, “If you ever get to Marin, call me. Maybe we can do something together.”

A smile crossed my face. I knew that the Arcturians had something up their sleeves. The synchronicity was too obvious to ignore. I realized all that they had to orchestrate in order for us to re-connect on the east coast. The guides from the light are miraculous. Life is amazing when we listen and act on their messages.

Two months later, I heard in my head, “You are to move to Marin in May.” I was happy to be in such a beautiful area for the spring and summer. Once I was settled in, I contacted Steven. After another meeting, we agreed to record this divine CD.

It was an amazing experience for me because I have an untrained voice. In fact, I was always told not to sing, because I cannot carry a tune. However, here I was singing with a master musician and being recorded in a professional studio. Once again, I was reminded how unlimited we are when we channel beings of the light.

Steven arrived with his keyboard, and we both set our intent to channel the Arcturians’ healing sounds. I then told him what the Arcturians called the first piece, “Opening the Heart.” He smiled, sat down and started playing delightful, heartfelt music. I then surrendered to the Arcturians and allowed them to use my voice to bring through their healing sounds to open the heart.

I will never forget the technician’s and the studio owner’s reactions. They expressed their amazement. “Wow! I never heard such beautiful, unusual sounds. They are not from this planet!” Their positive feedback helped me believe that this CD would be successful.

I have been a professional therapist, teacher, author, and speaker for over 28 years, and I have many more goals that include these strengths. However, I never dreamed that this CD would be channeled and loved by so many people. The testimonials have been awesome. I am so grateful that Steven and I had the courage to listen to our inner voices and create such a healing, transformational CD.

I want to express my deep gratitude to Steven Halpern for being open to these highly evolved space beings and co-creating this divine, cosmic CD. I am also extremely appreciative that the Arcturians chose me to be one of their ambassadors to bring through their healing sounds that come from a very large crystal on their planet.

It is a wonderful feeling to know that the” Healing Sounds from Arcturus” CD is another way I am fulfilling my mission of helping people to “love themselves to peace,” which I believe is the key to health, happiness, success, and world peace.

©2009 by Helene Rothschild, MS, MA, MFT, Marriage, Family Therapist, intuitive counselor, author, speaker, and sound healer. In her e-book, “The Arcturians Speak! My Life with Loving ETs” she shares many more of her experiences with the extraordinary Arcturians.

Click here to order your “Healing Sounds From Arcturus” CD.